Spring will be here before you know it and I really wanted to speak up on behalf of the birds and the bees.  I have a page called green gardens where I gave rather vague information in regards to having an organic garden in a small city yard.  I will be moving out of my home this year, due to an expected foreclosure due to being “Po'” for real.  I still plan on posting more information on gardening organically this year whether or not I am still doing much of it.

If you have a balcony, patio or an actual yard, the very least you should do is get some flowers planted.  You can start early with seeds or just grab a few hardened plants later in spring to plant.  Do what you can to provide food for our nearly depleted honey bees and please don’t use herbicides or pesticides in your area.  They are not usually needed.  Our society thrives on commerce and through the years a number of large corporations have used advertisement in the hopes to convince people how much better their gardens and lives will be with their dangerous products.  Products that may give greener, more perfect lawns but at what price?  The loss of most of our much-needed honey bees as well as the dangerous Runoff poisoning other wildlife, polluting of our waters and needlessly destroying other vegetation.

Any day now all your hardware stores will begin to stock rows of herbicides and pesticides that most of us really have no need of.  Many of us are only too eager to waste money on products that are ruining our environment and the world as a whole with little gained in return.  If these products were marketed fairly, not one person would purchase them.  Yes most have warnings, but how many read that far down?  I remember lawns before these products were invented and they were full of clover, wild violets, dandelions and other ground cover we call weeds.  They were beautiful and full of bees as God and nature intended.  Someone decided by brainwashing the public to want lawns that only the lords and ladies had in England so as gullible and easily swayed as most of us are, we bought it, literally.

Now we need to break those bad habits and get some exercise weeding instead of spraying.  I have lived here 10 years, only used weed and feed once a couple of years after my freshly seeded lawn came in, but made up my mind, never again!  I have a metal telescoping weeder that is fantastic because I don’t have to bend down and it grabs and pulls the weeds out easily.  I do allow clover and wild violets, but anything else goes because living in a city requires that you keep your property up to code.  I will do just what I have to do to conform, but I do refuse to go against my own principles anymore.  I never use chemical fertilizer, but fork in humus, manure and compost as needed.  As I previously mentioned on my GREEN GARDENS page, be sure your plants and seeds purchased are non-GMO.  There is a difference between this and hybrids.  Hybrids are fine.

At my age it’s moisturizer all the time, especially in Michigan’s dry winter heat.  These are the products I swear by at the present due to quality and cost.  There was a time before the availability of hypoallergenic, fragrance free that I had to use almost strictly Clinique, which is a good product but very expensive relative to what I now use. 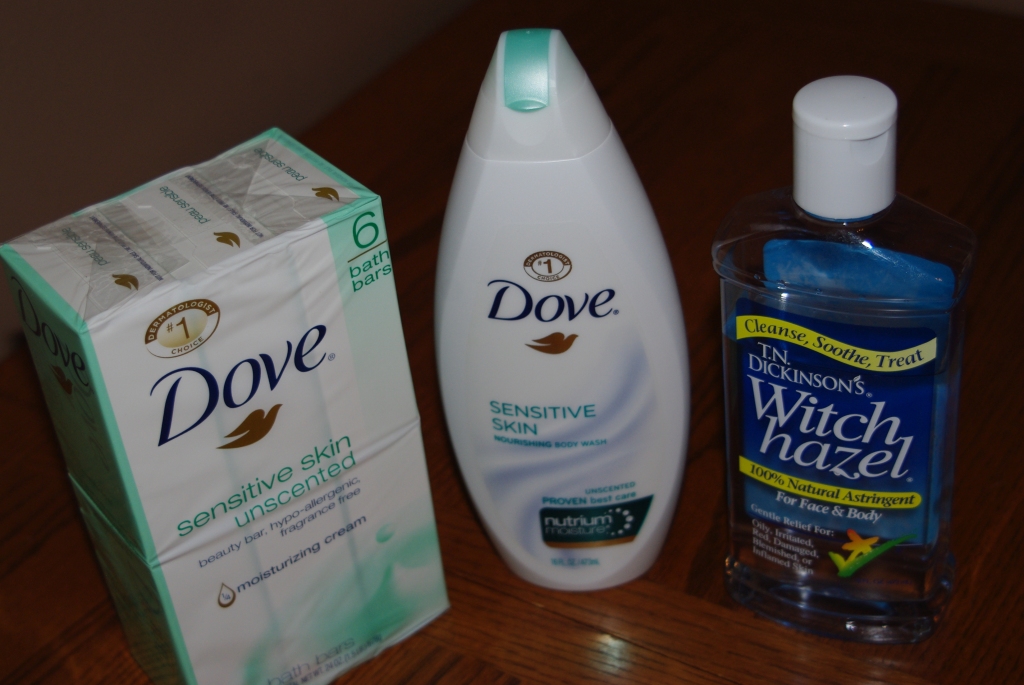 For cleaning and bathing I prefer Dove hypoallergenic, fragrance free body wash with nutrium moisture and their soap of the same type.  Witch hazel is great for any areas of your skin that is oily or irritated, so two birds!  I don’t normally even need skin cream when I use the body wash, it’s that rich.  Dove does have other types of body wash so if you are not fragrance sensitive, you can feel free to try other types, deep moisture and winter care being two.  Even if you don’t think you have sensitive skin, try a bar vs your regular soap and you may not go back. 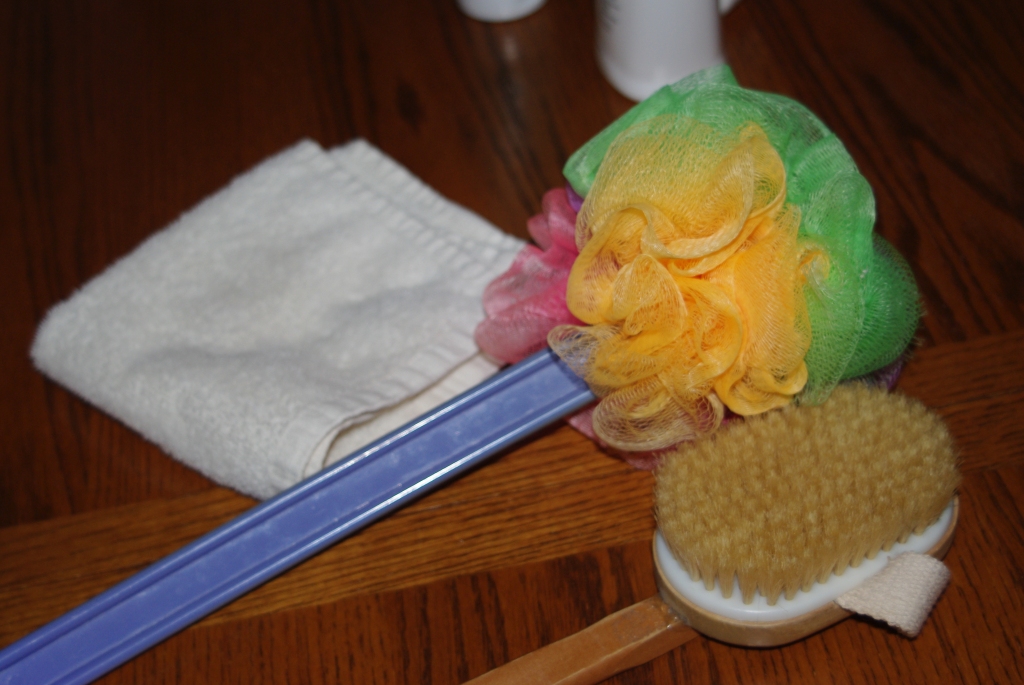 There are various skin polishers you can choose from but I have found a washcloth to be my favorite. The brushes are nice to reach your back with either natural boars hair or the mesh bath sponges. I found one with a plastic handle so you can replace the sponge as needed. It really makes a difference to lightly scrub your skin when you bath, being sure not to rub so hard that you cause irritation.

Since I am fragrance challenged I have managed to find this great shampoo and conditioner at Whole Foods that is fragrance free for normal to dry hair.  It is 365 everyday value.  I think they were $2.99 each for the 16 oz.  I purchased the Desert Essence Organic fragrance free shampoo out of necessity one day because the Whole Food stores are quite far from my home but I think I paid $7 or $8 for 8 oz., but it actually does make my hair much nicer and it’s very concentrated.

I have been using CeraVe as a facial cream because it’s very light and really moisturizes.  Curel itch defense is great for the body and really does feel soothing.  It is just a little thicker of a cream so not something I would use on my face, but I’m sure you could.  The bliss body butter is very thick and emollient and I use this for my hands and feet for extra protection.  It comes in great fragrances that are natural and not super strong.  I don’t have a reaction to their scents, but usually opt for “naked” which is their fragrance free.

Hope this gives you some information about what is out there for dry sensitive skin that is affordable and actually works.  The bliss body butter is not available near me, but I have found it online.  FYI, that product is very expensive!  Click on the product names for more information and possible coupons.

The landscape is so serene in early spring at the old Henry Ford Estate, Fair lane Manor in Dearborn Michigan.  I hope you enjoy the following slideshow.

Instead of filing bankruptcy in the beginning of 2014 as I should have, after losing my part time job at the end of 2013, I tried to hang onto my house just so I did not have to go through all the stuff I am now having to go through which is bankruptcy and foreclosure, having to downsize and pack up what remains and start living a completely different way of life.  So that kind of explains why I chose to try to find another job that never materialized and drain what little savings I once had to almost nothing in the vain attempt to stave off the inevitable as long as I could.  I can’t see any reason to stay here any longer since my balloon payments are due to begin this year and I would be paying an additional $450 or more a month.  I will be able to just make most of my bills, since I stopped making my mortgage payments now, with the small social security income I had to start drawing on earlier than I planned to.

I didn’t bother to rent my home out due to the amount of rent I would have had to charge this year and I was advised against just signing the house over or wasting my time seeing if a short sale would fly considering that I have two mortgages.  I will have to see how my foreclosure plays out to see where I’m actually going to be living when I leave here.  I have managed to get some applications in cities where I wanted to live, so depending on how soon I have to leave, and who has an opening at that same time, determines where I actually move to.  There is a place a few blocks away from my house that has a month to month lease option that sounds promising, though eventually I want to get out of this dirty city and all the memories.  Some of my family is still trying to talk me into moving to the upper most part of the Upper Peninsula in Michigan where they are now currently 20 below in wind chill and have already had over 2 feet of snow.  Snowfalls are beautiful, within reason, but I am no fan of winter.

Still no lotto wins, but I never give up hope and keep buying one for each major drawing in my area.  The Lottery is the carrot that dangles before the working rich and poor alike and the fact that I once knew someone who shared in one of the bigger jackpots, keeps me playing cause I know people can actually win it.

I can choose to move into a cheap apartment for people over a certain age that are income based because they have them all over.  I could also take out the remaining pension I have and purchase some little fixer-upper like one of my brothers did many years ago.  He made some low offer in cash that was accepted and it was his.  He did have to put a lot of money into it once he moved it though.  Money that I don’t have.  One of my other brothers could have done the same thing when he moved up by him this year, but decided to just rent a cheap but nice apartment with all utilities included in these, his declining years.

Tough call for me.

I am very handy myself and would have help from the rest of my family to make most repairs.  By draining my small pension I will only be short $150. per month as a monthly annuity that I would be applying to apartment living should I rent.  The taxes in some areas of the Upper Peninsula are super cheap, like $300 to $600 a year.  So I figure my monthly payment for my tax, insurance and utilities would be approximately $300 per month, which is cheaper than any apartment.  If I happen to get a money pit, then it will cost me a lot more than that and after a bankruptcy, if I needed credit for any major repair, my interest would be through the roof.

Or I could move to an apartment, like my one brother, in an area that is very popular with tourists and it will feel like I’m on vacation all the time.  I could really be free to do any free or cheap thing I feel like with no maintenance or responsibility and absolutely no snow-blowing all winter long!  Sometimes that sounds great to me, but I am so independent and used to love living creatively.  I guess if I go apartment, I might actually think of stopping Po’ Girl Shines since I have not been using it to make the kinds of posts I planned on initially and it does not look like many people see my posts.  I guess I really do have to blog or get off the spot this year.

I don’t want to just post an occasional pretty picture or a recipe.  I really wanted to be providing information that people could use.

I will see what happens.

Few examples of various art projects from years ago to current.  I love experimenting with various computer software on my photographs.  A couple were just fooling around on blank part of 35mm negatives and then scanning/printing them to see what they look like. 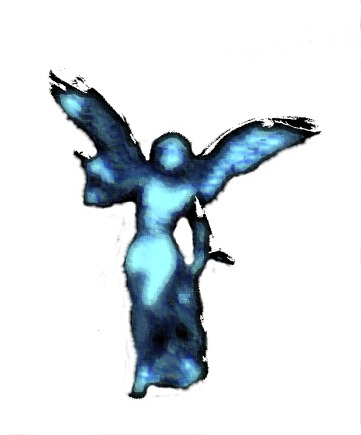 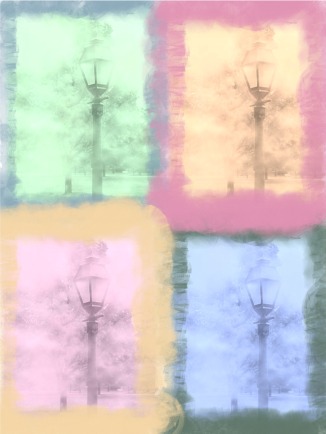 Make four of same pictures in various hues, highlighted edges and placed together. 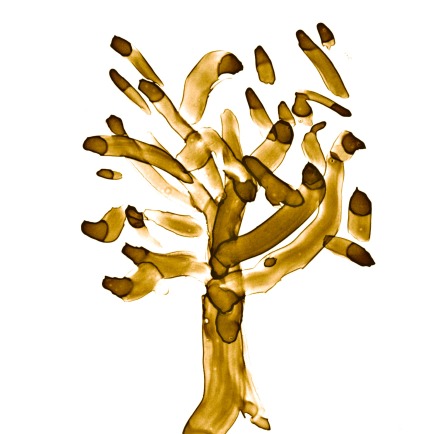