This is all we hear from the “left wingers” or “liberal progressives” of which there is nothing liberal or progressive about them.  They are completely intolerant, abusive & everything they do “regresses” mankind in every way.

“Aggression” is not “progression.”  Only accepting sin but rejecting & mocking decency is not “liberal.”  It’s judgmental, intolerant & hypocritical.  It’s evil.  They falsely accuse others of their own crimes all the while feigning innocence.  It’s interesting how the Bible describes the “end times” identically to what is currently going on in today’s world. 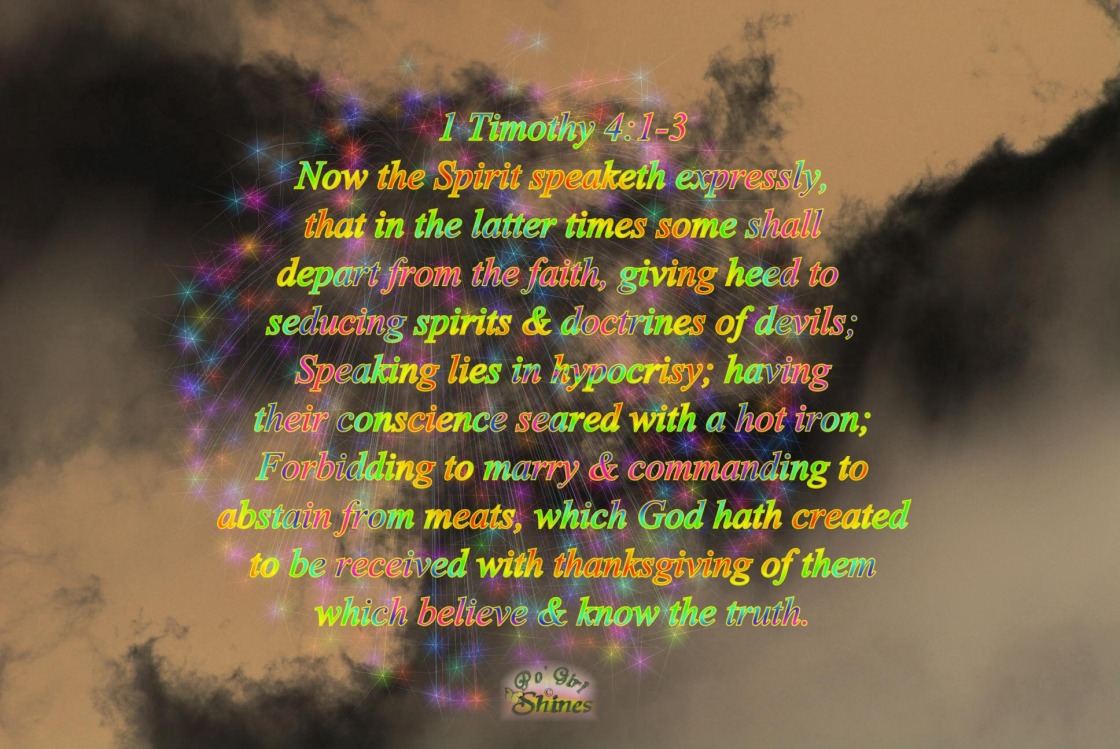 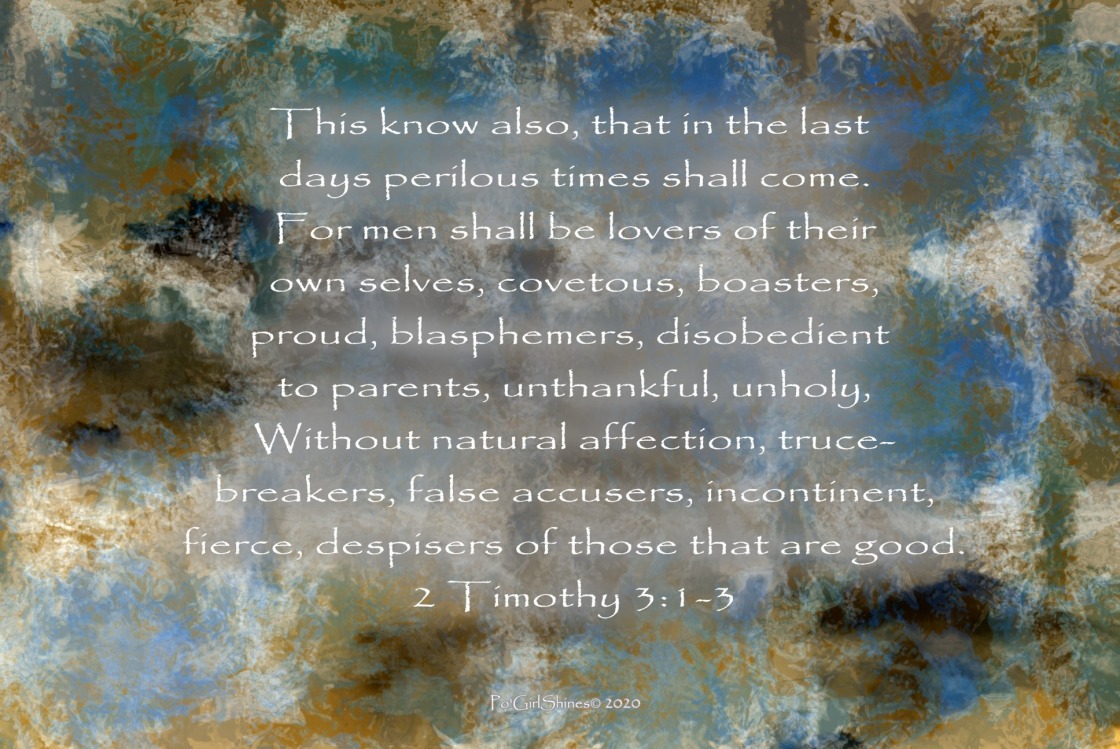 Something I used to look forward to.

Because the powers that be chose to react & respond to a perceived pandemic in a way that is totally unlike any response the world has ever seen, we will never know what the statistics would have been had we just being clean & careful & continued going about living our lives.

This is not like the plague where everyone who contracts it is doomed, but it is real. It’s like most other flu, maybe not even as bad as so called experts claim that many have this virus with no symptoms. So is this what’s happening all the time with all flu strains? Do some of us stay asymptomatic after we contract those strains as well? No one ever brought that possibility up before because it wasn’t an election year. The fact that other bad flu years have been completely ignored but all of a sudden there is a HUGE controversial reaction or over-reaction to some becoming ill & all of the experts around the globe seem to know exactly what the virus is, where they think it came from but all have conflicting information.

Are the tests available accurate or are they causing some of the infections? We know for a fact, this was the case with some of the tests. Is this just another political hoax on a global scale, bio-terrorism or has a virus somehow legitimately escaped on it’s own? Anyone who has ever worked or trained in a lab knows that germs can’t just “escape” depending on what you were doing with them. There would have to be an accident of some sort, such as a centrifuge exploding, operator error or deliberate intent.

I’m bothered by the level of espionage of our Intelligence Community in America & who’s side they are really on. I am concerned with the ramping up of hatred towards Christian conservative belief & the encouragement towards socialism. I have seen social media comments for years that certain progressives hope that the older people die off for the sole purpose of easy “progression” towards their communist ideology. I have seen politicians openly cry out for murder & mayhem against their political foes, which has NEVER been acceptable before now. These dangerous people are seldom admonished for unprofessional & evil behavior.

I will listen to stuff on the internet here & there for basic information (I have not had television for many years) but I refuse to listen to hours of pessimistic theories from so-called experts who are anything but. Some of the stories are just the usual media op-ed “Trump Hate” and in doing so, only cause confusion & anger in many. Propaganda should have never been allowed by the FCC, because it’s outlawed in their regulations for good reason. So you don’t have the kind of division that the mainstream has created all the while laying blame on President Trump for their very crimes when he dares to correct them or condemn their lies. Not saying Trump is always accurate, but he’s not the one creating hoaxes.

What used to be me just popping into the car & driving to whatever market in my small town or a larger one further away because of pricing or selection that I used to look forward to has now become a major stressful endeavor wonder if this trip will be the time I “catch it.” I’m sure most of us feel this way.

As someone who suffered from asthma years ago, I keep masks on hand for allergy days, cleaning, etc to protect my lungs. It filters out dust, pollen & bacteria. I have anti-bacterial wipes in my car. I’ve used them way before this mess. I am a germ-a-phobe. If you’ve ever seen Sheldon Cooper on The Big Bang Theory, you will get a view of my psyche when it comes to “cooties.”

My gloves have touch screen tips so I can keep them on at all times & when I have finished my careful shopping of whatever I can find in stock that I need, all the while dodging people instead of looking for a friendly face that I recognize, I dart back out like some fearful animal. I throw everything in the trunk & wipe down my gloves & some of the purchases, like my water. Some things I leave in my large storage closet for a few days except for the perishable so the virus potency can pretty much die off. Then it’s strip at the door (curtains are closed) and a full decontamination shower! I have carpeting so I have always left my street shoes at the door & have inside shoes, as well as clothing. Yes, I am that anal.

Sadly most of us will be damaged from this experience & I WILL BE DAMNED if I will allow any form of fascist government overreach to continue this freak show under any circumstance. We can & will get to the bottom of what happened. I hear these media shills stating that this will be our new normal or it won’t be back to normal for years. That’s baloney & they know it but all media is left wing global elitist owned who want socialism, who have been destroying our way of life thru indoctrination for many years.

If it was just a mistake, not much to worry about. If someone is behind this, such as the “One World Order” that I used to think was conspiracy theory but started to wonder after all the crazy of the 2016 election, then they will pay dearly. Any group this dangerously evil is always stopped. Read a history book. Sadly many usually have to suffer at their hands before this happens.

Please don’t give up. I know this is very hard on all of us. There are legal channels that Americans & others can go to if they feel that their lives have been completely upended or extreme hardship has occurred such as job loss or business problems. Please contact your state & federal government pages for more info on what your rights are and what services they are currently offering. This would be a great time for group counseling but “social distancing” prevents this just as it prevents fellowshipping in church for now.

Take care everyone. Love you all & praying for the best for our world. God bless us, everyone. God bless His people & hope to God that others see the light because you can’t keep your eyes closed to it forever. In Jesus name I pray.